We have come far in our goal of making a meal each week from a new country. We have finished 34 out of 52 weeks. I have not been able to update our progress until now because of the birth of our beautiful baby girl and an extended time in the bubble afterwards, not to mention two crushed computers and one really slow one with a broken charger. When I say crushed I mean literally crushed; one my husband "threw" on the floor and the screen smashed, and the other computer I dramatically fell on while I was falling and at the same time throwing my baby on the bed before I crumbled into a ball underneath her highchair in the corner of our bedroom. This made it a little difficult to write a blog regularly.

This project has been one of the most fun to execute than I have ever done. None of the meals we made tasted bad, but some were absolutely better than others. A few of our favorite countries that we "went to" that are mentioned here were Japan, Nepal, Azerbaijan, Mexico, Cyprus, Argentina and Denmark. Besides these Russia, Cuba and the sweet potato pones from Liberia were good and very different flavors than 'normal' that were fun to try. I was impressed that we kept this up every week with all that we have had going on, the only thing we missed was a picture of our dish from Zambia.

Here is the update of what we have made the last 26 weeks: 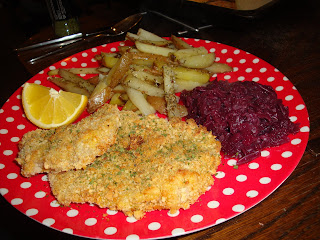 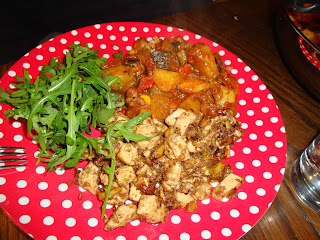 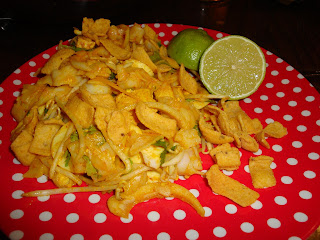 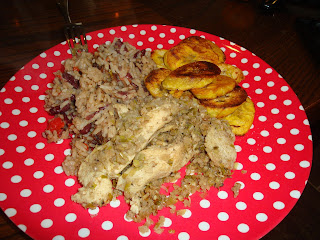 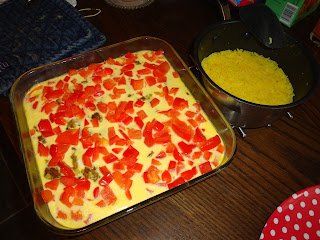 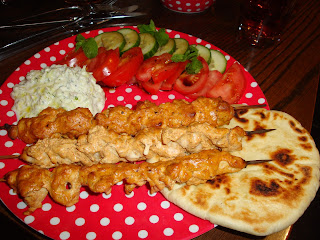 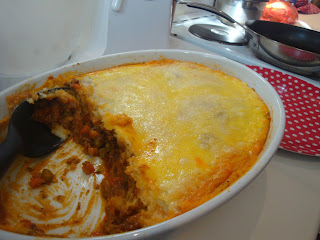 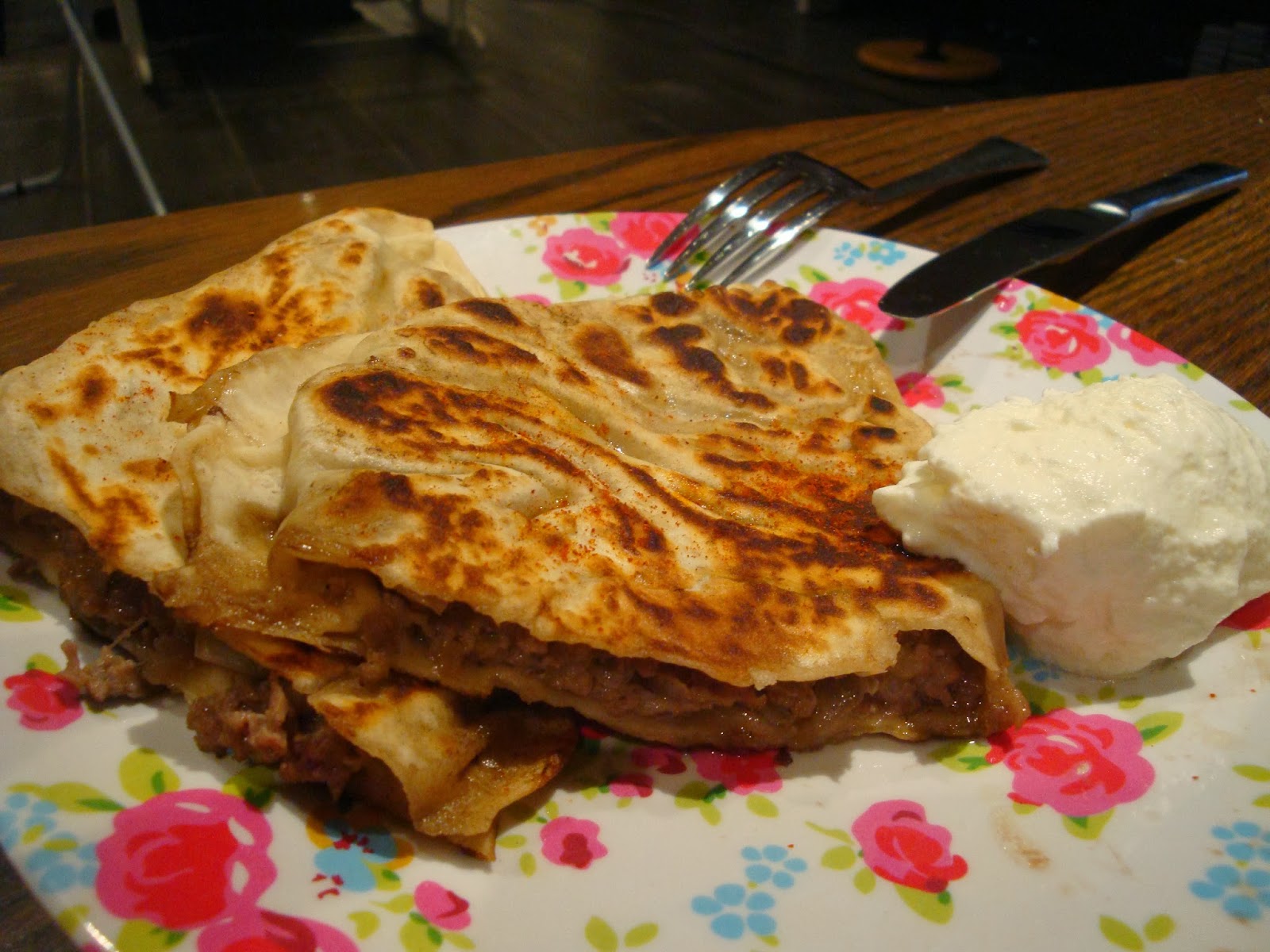 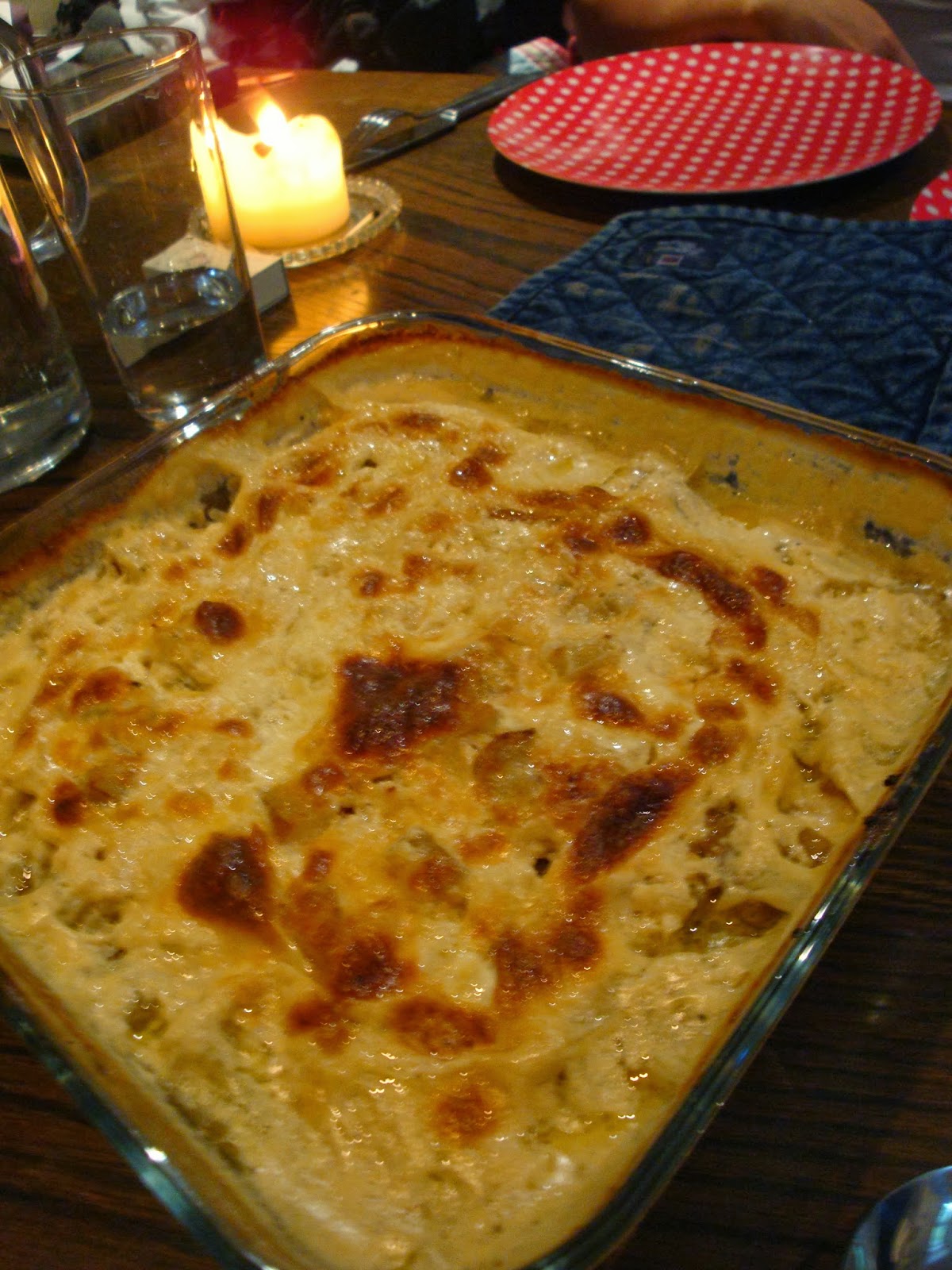 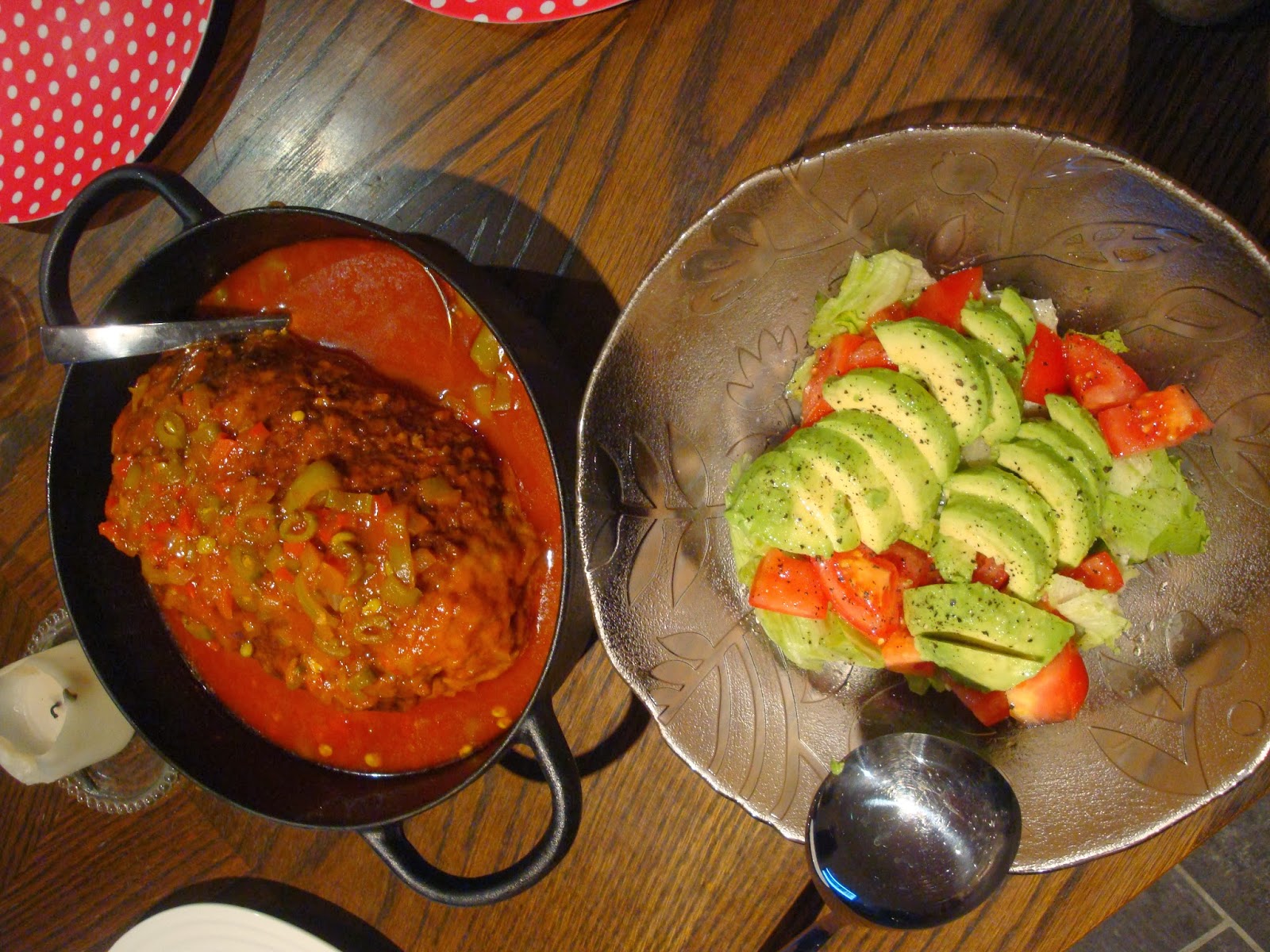 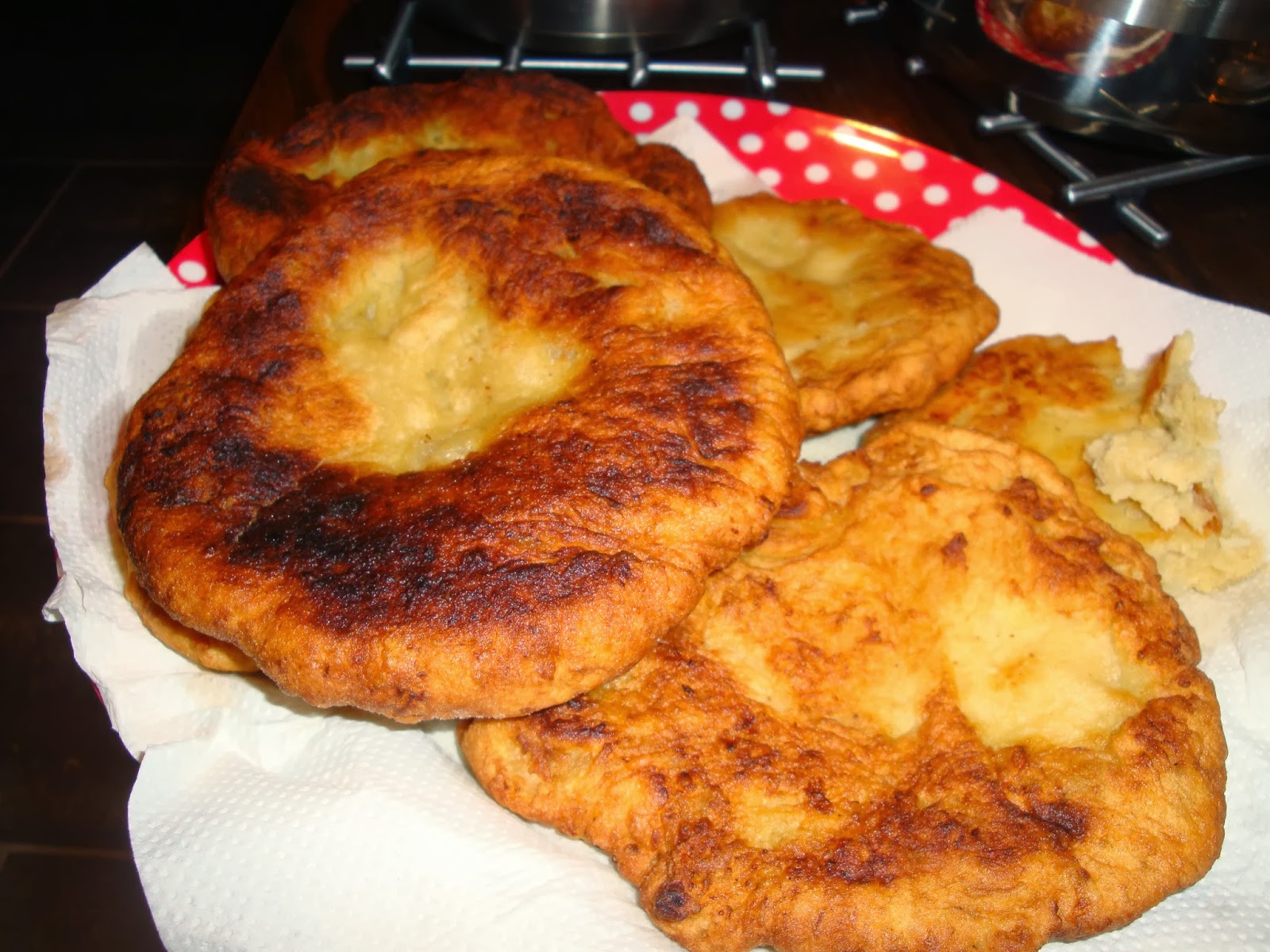 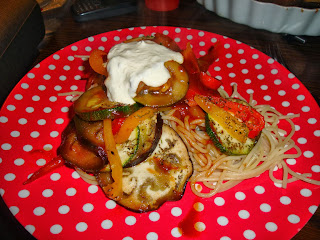 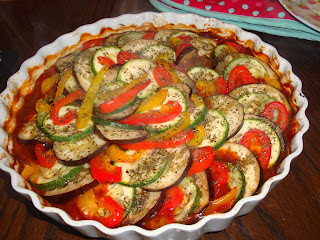 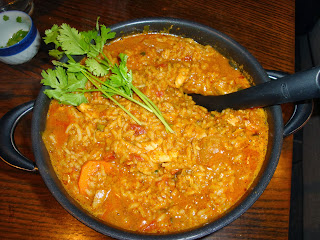 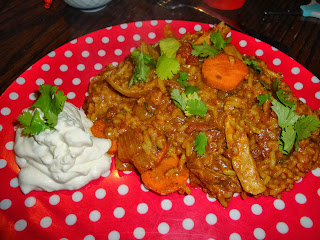 What does Finland and Sri Lanka have in common?

What does Finland and Sri Lanka have in common? The Forbes family. We have made food from both of these countries the last two weeks. Here is a short summary of the meals:

The Finish salmon soup was a good variety from the baked salmon that we usually eat. And this recipe will probably be used several times again in our home. This recipe goes for 4 servings and we added some more potato and less salmon to save money. The flavor was typical Scandinavian so it fit our senses nicely. However, I have gained a craving after seeing the picture of the crackers with the soup and having just watched a TV-show named "The whole country is baking" (Hele Norge Baker) where they competed with making different kinds of crackers and cookies, I now want to learn how to bake crackers or salty cookies. So that is added to my to do list.

I borrowed mom's international cookbook and it said that "cinnamon and coconut are the ingredients that so often make the curries of Sri Lanka so memorable". The curry recipe we used had a nice blend of fun spices - ginger root, cinnamon stick, whole clove, curry powder, chili powder, turmeric and cardamom. It also had potatoes that made it more filling in addition to the ground beef. We have a tendency to buy lots of spices when we are on vacation, so we actually used fresh cinnamon stick and whole cloves that my husband had brought home from Tanzania which gave so much more flavor. We also made a delicious home made pineapple chutney that complemented the curry perfectly. 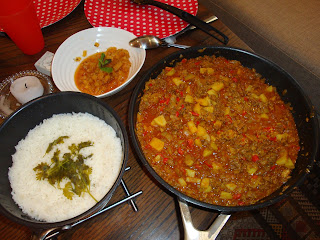 Ps. Do you like that we have red white doted plates. Makes eating more fun.
Posted by Nea at 3:08 PM 1 comment:

Across the world - Australia, Ghana and Israel

Time goes fast, and now there has been three weeks with three new countries. We went to Australia, Ghana and Israel which is a spread of the world. The first week we went to Australia. There are many dishes Australian claim to be there own, when the origin is actually from Asia, Europe or America. However, they do have original twists to these meals. Most people know the hamburger as a classic American characteristic, but the Australians have something they call 'Burger with the Lot'. 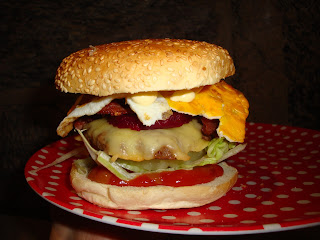 On an Aussie webpage we got a tip to add a little Worcestershire sauce that really brings out a great flavor in the burger. In addition to the regular condiments they stack on beets, a fried egg, a pineapple ring, bacon, and often they fry their onions.With a small mouth this was a hard burger to take a bite off, but ohh.. I have to say it was delicious. Good job Aussies. I liked the variety from the regular burger.

Next country was GHANA with FUFU and Nkrakra soup. I found this one extremely fun to explore because since I was a child I always wanted to travel to Africa and learn their culture and the name is fun as well. This soup is supposed to simmer to flavor for several hours, but don't forget to stir like we did. Yeah, the thick burned layer on the bottom of the casserole took we several hours to scrape away and I ended up with soars on my fingers. Luckily I have an amazing husband that saved the soup from the burned flavor by transferring it to a different casserole and adding some more ingredients. The Fufu itself, if you have a fufu flour pack, only took a couple of minutes to prepare. We tried to eat this with our hands like it is supposed to, it was fun, but messy. Notice we did have a bowl with clean water to wash our hands with though.

In the Middle East they eat a lot of the same foods in the different countries. We had a course set up with falafel, shakshuka, hummus, Israeli salad, pita bread and mint limeade. It was quite a feast. Hummus and falafel is claimed to be from Egypt, but the answer to the question of their origin is controversial. Knowing that all the inclusions to our dinner are regulars in Israel, we claim Israel this week.

Making hummus from scratch is great. However, we bought a big glass of Tahin and I don't know what to use the rest for before it goes bad. Tip when you cut the vegetables in the salad real small the flavors blend together a lot better. This was probably not the normal mix of food but we enjoyed it a lot.

I definitely recommend everyone to try this experiment, it is so much fun to think of a new country every week and you learn so much.

HUNGARY, yes I am.
This was our choice for week 2, and more specifically on Valentine's day.
We went with the most common known Hungarian housewife meal to make: Goulash.
This is a hardy soup, almost close to a stew.The women of Hungary always make this soup there own with ingredients they personally prefer, so I do like I usually do and looked at several recipes and made it my own. As a budget cut I replaced the beef (which is wicked expensive in Norway) with pork and it still turned out amazing.

Because it was Valentine's I had to make the meal somewhat more special than the everyday meal. Last year my husband made me a surprise three course meal when I came home from work, so this year it was my turn to spoil him. So, I created "Couple's Cafe", and idea I got from a great dating site called Dating Divas (http://www.thedatingdivas.com/).

Couple's Cafe made the whole night special. He had to pay back with kisses and foot rubs during the whole evening. Of course I gave him a back rub too.
Posted by Nea at 3:03 AM 1 comment: 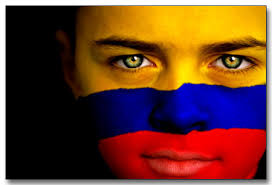 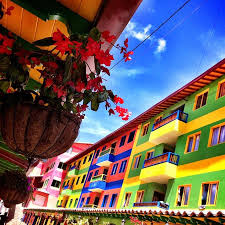 COLOMBIA
This year is going to be the most exciting year of our lives. We are having a little baby girl in May. There are going to be a ton of new experiences and lessons to learn. Another factor is that it is going to be tight economically and as the 'travel junkies' that we are we have be creative to get our 'travel fix' this year. So we figured in case we don't get to travel anywhere we just have to bring culture into our own home. One of our favorite hobbies is to cook together. On our honeymoon to Thailand we even went to a Thai cooking class. So the plan is that we will explore 52 new countries by preparing 52 new meals within our budget and the availability of the produce needed. This week we started with a country we have never traveled to; COLOMBIA. We made:


It tasted delicious and was really not that hard. Rice with coconut flavor is a winner. And I was surprised how good the raisins fit in. The sauce ended up truly creamy. Too bad I had to eat it so fast because I had to rush to an appointment.

I'm excited which country we will choose next week.

Nea
I am happily married and have learned that family and spirituality are two big pieces of the puzzle that makes out the happy life. Me and my husband have lived in five countries (Norway, USA, China, Austria and Greece) and the number is about to get bigger. Some of our favorite things are to travel and learn more about different cultures and people. What drives people. I love to paint, take photographs, cooking, and reading. Oh, and by the way elephants are my favorite animal.